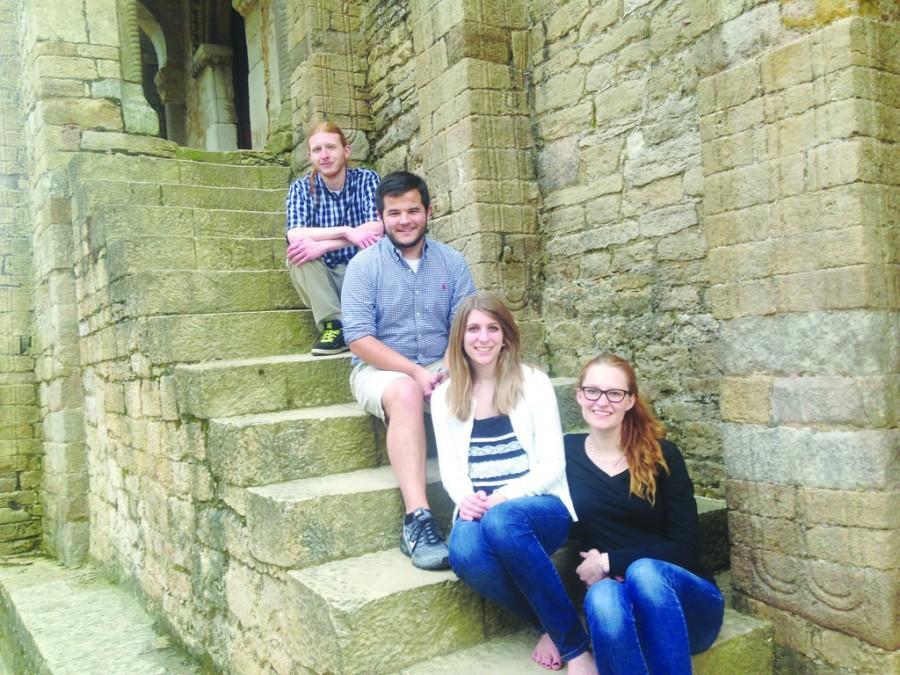 FMU sent four student ambassadors and two professors to Spain over spring break with the goal of expanding the university’s international exchange program.

“[The purpose of the trip was] to scope out possible exchange partners in Oviedo and Santiago de Compostela,” Tuttle said.

The University of Oviedo and the University of Santiago de Compostela were selected for the ambassador trip based on recommendations made by Dr. Maria Garcia-Otero in the modern languages department.

The FMU ambassadors began their trip with three days in Madrid, Spain and then travelled to the cities of Oviedo and Santiago de Compostela to tour the universities there and potentially begin negotiations for an exchange program, in addition to visiting cathedrals, museums and other tourist attractions in each of the cities they visited.

“The people in Oviedo seemed like they were ready to go,” Schauer-Watford said. “They had a lot of questions for us and seemed excited to send their students here and have our students go there.”

The student ambassadors were given a tour of some of the buildings at the university and had the opportunity to meet some of the students.

“At the end of [the meeting], we all felt really good about each other,” Tuttle said. “We came away feeling like [the University of Oviedo] was a good match.”

The students agreed that the university seemed like a promising partner.

“The connection that we established in Oviedo looked very promising for possible future exchange programs,” Davis said. “The areas we scouted out were perfect for students wanting to spend a semester traveling abroad and studying Spanish. The culture and the beauty of the country were very impressive, and I’m sure that many students from FMU will enjoy their time spent here.”

The group toured the main campus of the University of Oviedo as well as one of their branch campuses located in Gijón, Spain.

The ambassadors also travelled to Santiago de Compostela on the western coast of Spain and toured the university there.

“It was hard to find a person connected to the International Programs Office,” Tuttle said. “We toured the campus which is really a collection of buildings in the historic Casca Antigua but didn’t enter into any negotiations there.”

Although the ambassador group was unable to make a connection with the University of Santiago de Compostela, they agreed that the University of Oviedo felt promising and hope to have the exchange program up and running soon. The group returned to FMU on March 21.

“We made progress toward establishing an exchange program in Spain,” Caldwell said. “We hope to have an exchange in place by the spring 2016 semester.”

The University of Oviedo was granted its charter on Sept. 21, 1608 and now has seven campuses located in three cities. Approximately 25,000 students are currently enrolled in the university, including about 800 international students.

The university offers degrees in 57 undergraduate programs as well as 50 Master’s programs. It was named a Campus of International Excellence in November 2009.

The students for the ambassador trip were selected after submitting an application. To go on the spring ambassador trip, a student must be a member of the honors program and maintain excellent academic standing with the university. The selection committee then chooses one senior, one junior, one sophomore and one additional student at large to accompany professors to potential exchange partners over spring break each year.