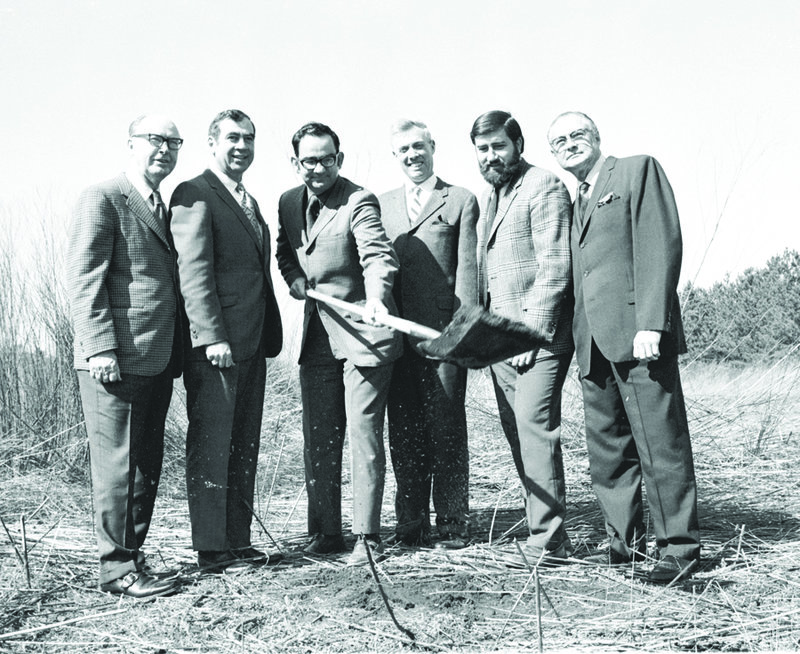 Over 200 years ago, the land that is now home to FMU was swampland claimed by the American Patriots during the American Revolution.

Between 1757 and 1782 the American Revolution saw some of its fighting in the Pee Dee region.  A new style of fighting, guerrilla warfare, would become a key tactic in winning the Revolutionary War.  Militia troops in South Carolina were led by Gen. Francis Marion to cut off British military supply; however, during this campaign, Marion was able to destroy several British strongholds in the South and give the Patriots the upper hand.

Up until this point, war was fought in “gentlemen’s” fashion with strict rules for how troops should attack and behave on the battlefield.  Armies were to face each other on the battlefield, and then the fighting would begin.  Marion used his knowledge of the Pee Dee region in a different way and created guerrilla warfare.  He would hide his troops in the swamps and ambush the British troops in a stealthy approach.  This proved to be one of the most effective forms of warfare and helped to solidify the American victory in the South through surprise attacks.

Marion displayed courage, bravery and true national pride through his determined efforts to make the U.S. a free country away from British control.  It is because of his actions and patriotism that 200 years later there is a thriving university that bears his name.  Holding true to the mission of Marion to establish progress in the South, FMU is designed to educate the people of South Carolina so that they can better give back to South Carolinian communities.

In 1961, the University of South Carolina established a campus in Florence in order to reach more populations in the Pee Dee.  After a significant push from the community, USCF became Francis Marion College (FMC). Governor Robert E. McNair established FMC as a four-year institute for higher learning in 1970.  In its first year as an independent college, FMC enrolled over 900 students with 10 different departments. Over half of the counties in South Carolina were represented by at least one matriculating student in the first year alone.

Causing a widespread buzz through the state as an affordable, state-assisted college, FMC quickly increased in size.  Since its founding in 1970, the school has not stopped growing and is known throughout the state for its continuation and dedication to expansion.  In 1992, FMC received university status and became Francis Marion University.

Currently, FMU enrolls over 4,000 students from all over the world.  The university now houses students representing all counties in South Carolina, 23 states and 17 different countries.  FMU has grown in physical size as well by adding the Leatherman Science Facility, specialized researched labs, a community center, apartments and dormitories, a fine arts building, a university center with a gymnasium and an indoor pool, a nursing building with state-of-the-art equipment, a performing arts center and an athletic complex.

The progress and expansion made at FMU has not stopped at just increasing the enrollment and size of the school.  It has also expanded its range of degrees.  FMU offers five undergraduate degrees in over 40 fields and offers master’s programs as well.  FMU has consistently ranked as one of the top schools in the South and as one of the best places to work for the last several years.

Expansion at FMU has done more than just add programs; it has helped the Pee Dee by revitalizing the entire area.  The Performing Arts Center has helped to revive downtown Florence and attract more businesses.  The athletic complex has united the community and the state in its efforts to showcase the talent of the Patriot student-athletes.

Under the leadership of Dr. Luther Fred Carter, FMU’s president, the education received at FMU rivals other institutions in the state.  Students at FMU get hands-on experience, research and clinical experience as well as classroom and lecture time from accredited faculty members.  With Carter at the helm of FMU’s expansion, the university has gained a greater sense of camaraderie among students and faculty members alike.  “Patriot Pride” has become a real and tangible thing that encompasses all past, present and future students.

With intentions of continuing to expand, improve and educate the people of South Carolina, FMU is adding a Health Sciences Building that will better provide for the nurse practitioner program and will create the new physician assistant program.  Future plans for FMU also include buildings for the School of Business, the School of Education and new apartments for the high matriculation of incoming students.  FMU will continue in its efforts to supply an affordable and unparalleled level of education to the Pee Dee.