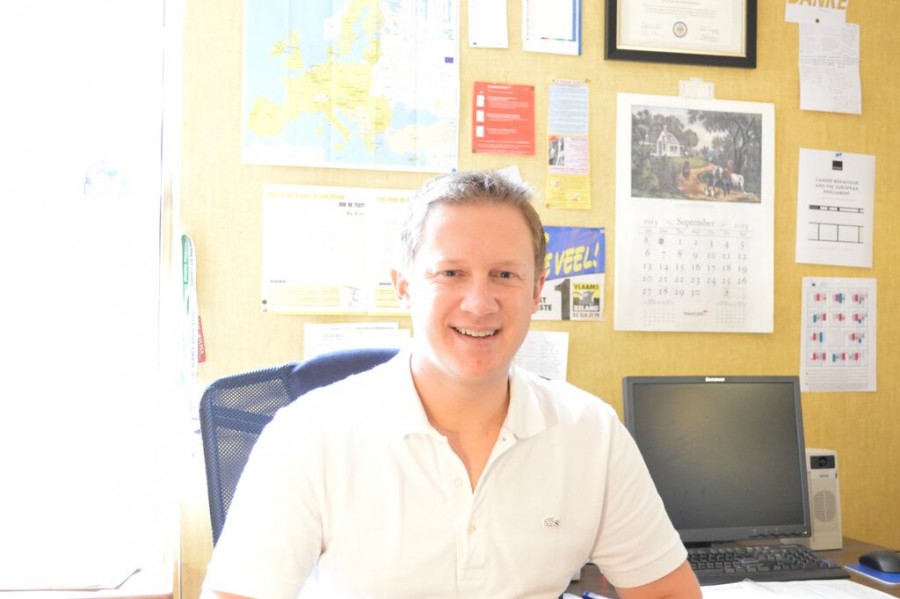 Dr. Will Daniel, assistant professor of political science, recently took a group of students to Europe to learn about the European Union’s political process after studying about it in the classroom.

This summer Dr. Will Daniel, assistant political science professor, had the opportunity to lead a class of 10 students to Europe to learn first-hand about the European political system.

“Study abroad helps to bring what you are learning in the classroom to life,” Daniel said. “It exposes you to new ideas, people, places and languages. I also believe that it teaches you as much about yourself as the places you visit.”

The students learned about the European Union’s political system in the classroom for the first part of the May-mester class and traveled to Europe for the last portion of the course.

Over the course of the 10 days they were in Europe, Daniel and the students were housed at the European Academy of Otzenhausen in Germany, and they visited various European Union political institutions like the Council of Europe and the European Parliament in Strasbourg, France, the European Commission in Brussels, Belgium and the Court of Justice in Luxembourg.

This is the first time the political science department has done a study abroad trip outside of the U.S.

There are no current plans for another trip out of the country in the near future. However, Daniel hopes that the political science department will have more trips like this.

According to Daniel, FMU President Fred Carter has connections with the people who run the European Academy of Otzenhausen, and he gave the political science department the idea. Carter and Dr. Mark Blackwell, Coordinator of International Programs, worked together to put the trip together.

Students from a variety of majors and backgrounds took part in the class. To take this class, students had to have taken one of the introductory political science courses, 101 or 103, and completed an application for the course.

In his undergraduate studies at Wake Forest University, Daniel did not start off as a political science major. He studied French, but he took advantage of any study abroad opportunity he could be a part of.

“I came to political science after studying different languages,” Daniel said. “I started taking foreign language before I took political science. I studied abroad as an intern at a political non-profit [organization] in Paris, as well as [studying] French and German in Dijon, France and Vienna, Austria.”

After seeing how much he loved different cultures and learning other languages, Daniel decided to further his education. He wanted to get a job doing what he enjoyed learning about in college.

He went to graduate school at the University of Pittsburgh and taught classes while studying political science. Daniel studied abroad in Paris, France; Brussels, Belgium; and Warsaw, Poland while working on his dissertation.

After earning his Ph.D. from the University of Pittsburgh, Daniel came to teach at FMU. This is his third year teaching political science classes at FMU. He enjoys being able to teach students how science applies to politics and enjoys teaching classes that focus on western and eastern European politics.

Daniel is an avid traveler in his spare time. In total he has been to 30 different countries on four different continents. Overall, Daniel’s favorite place to travel is Europe.

For any student interested in traveling or studying abroad, Daniel encourages them to take advantage of the opportunities they have while in college.