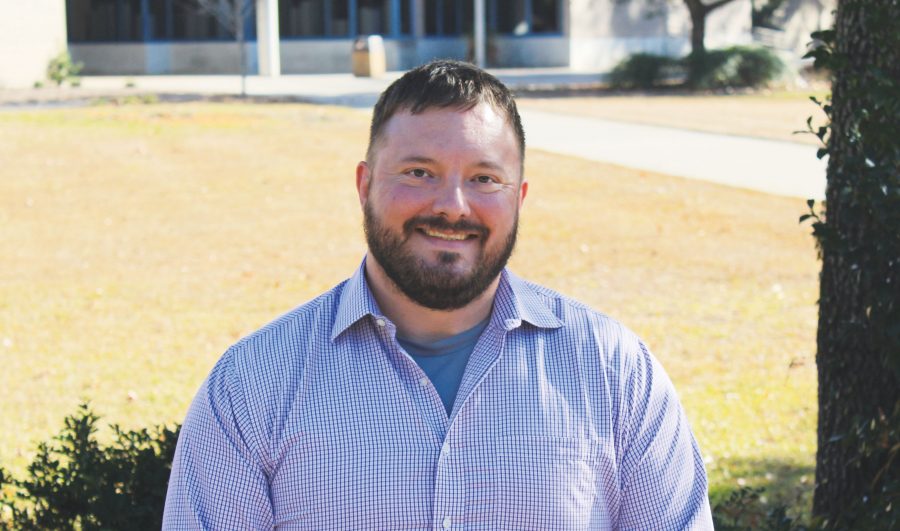 Professor Jeremy Lewis studies robotics to help better marine research. He hopes to create a robot capable of taking photos of reefs from under the water to help scientists study the marine life.

Apart from teaching computer science classes at FMU, Professor Jeremy Lewis is researching robotic technology that will allow marine biologists to take more in depth photos of the ocean floor.

As a part of his doctoral studies at the University of South Carolina (USC), Lewis worked with his advisors Dr. Jason O’Kane and his co-advisor Ioannis Rekleitis, computer science professors at USC, to research automated robots and their practical applications for oceanography.

According to Lewis, the problem they sought to solve was a coverage problem, or a matter of collecting sections of data and connecting them together, with large boats coming into shallow harbors.

Lewis and his team expect the research to provide boats with the capability to take detailed records of the depth of the ocean floor, allowing larger ships to better navigate harbors based on their sizes.

“What we want to do is have the robots decide on their own how to do that,” Lewis said. “They can run at 2 a.m. Then nobody has to be awake to do that. They can just monitor the machinery. The process can be totally automated. That way we can have up-to-date information about what is going on on the floors of bodies of water.”

They also anticipate the research to allow marine biologists to capture detailed photos of reefs, making research easier for biologists.

“Recently scientists have found the biggest die-off in history of the Great Barrier Reef,” Lewis said. “Scientists are very interested in a robot that can take high resolution photos of the reef from underwater, because taking a picture from a satellite, you get a picture of the reef as it appears through the waters. There’s only so much detail you can get. If you can put the camera in the water with it, then you can get better detail and you can answer better questions.”

The automated robots are also expected to help the efficiency of farming.

According to Lewis, farmers drive back and forth across fields every day and are exposed to potentially harmful pesticides.

Lewis said when he was younger he worked on a tobacco farm, and as a result of the pesticides, he does not have hair below his knees.

“There’s no long-term effect, but there are these short-term effects,” Lewis said. “If we can get a robot out there doing the same thing, driving back and forth on the field, that’s one less human that has to do it – so less contamination.”

Lewis began the research when his research advisors wanted to work together but needed someone who could provide application to the research.

If the research is successful, his advisors will be able to take the results to Greece for testing next summer.

Lewis wanted to study artificial intelligence, but decided to focus his studies in robotics during graduate school after meeting with his advisor.

“When he explained what it actually is, I was like ‘Oh my god I get to make a computer move,’” Lewis said. “Most computer scientists tap some keys and something appears on the screen or comes out of the printer. I want to tap some keys and the thing starts driving around and doing something interesting.”

Lewis expects to finish his doctoral degree in the fall of 2017 while teaching full time at FMU.