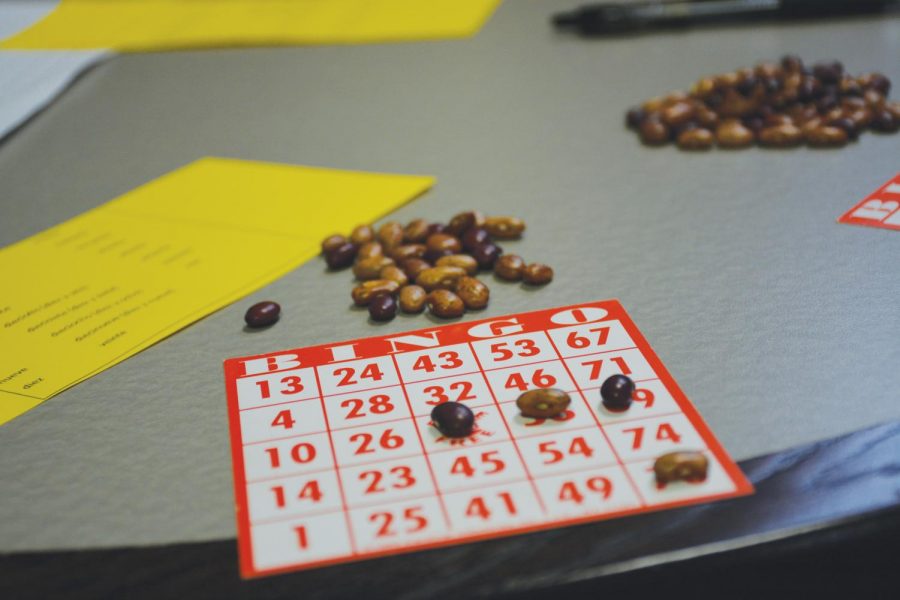 FMU’s Spanish program hosted the second of four Spanish conversation tables on Feb. 20 at 2 p.m. at the Cauthen Café in the Cauthen Educational Media Center where students were able to practice using the Spanish language by playing games in a fun, casual setting.

Shay Crawley, a part-time instructor of Spanish, guided students in a game of Spanish Bingo. The game was played just like regular Bingo, but the letters and numbers were called out in Spanish.

The Spanish conversation tables take place once a month and are open to all students, even if they are not currently taking any Spanish classes.

“Each of the Spanish professors hosts one,” Crawley said. “They are each a little different. We all kind of have our own different styles.”

Crawley said it is important for everyone to learn a second language because it allows them to connect to other cultures.

Grei Eaddy attended the event because she had previous experience with the language and wanted to associate herself with it again.

“I originally came for a class,” Eaddy said. “But I also came to familiarize myself with the Spanish language. It’s been a couple of semesters since I had Spanish. In a way, it was kind of like a review for myself, to be able to make sure that I still have some sort of knowledge on the language itself.”

Eaddy said the event was not what she expected, but that it was an enjoyable way to get exposed to the language again.

“It was fun,” Eaddy said. “I don’t think I have ever played Bingo in Spanish before. If you don’t know your numbers, you have to really think about it. It really was a good opportunity to speak with other students and get their take on how well they are doing in Spanish and what kind of difficulties they are having. And if there is any advice to offer, to just be able to give that advice to them.”

11 students attended the event, each of whom had completed different levels of Spanish courses. This ranged from beginner 101 classes four semesters of Spanish.

Two more Spanish conversation tables will take place on the second Wednesday of March and April at 2 p.m. in the Cauthen Café.